Famous Ukrainian artist Iryna Fedorenko SEMIRA, after visiting Johnny Depp’s concert in Munich, created a new wonderful portrait of the actor and musician, who recently won a resounding victory in court with his ex-wife. The photo of the painting gained popularity in social networks in a matter of hours and received a huge number of reviews all over the world.

Iryna Fedorenko (SEMIRA) is a contemporary Ukrainian artist, art critic. She was born in Mariupol, worked in Kyiv, with the beginning of the war she was forced to leave Ukraine and went with her son and mother to Munich, Germany. Mostly works in two directions — painting (mainly portraits) and graphics (on old antique paper, using various artistic materials: watercolor, ink). She exhibits her works under the creative pseudonym SEMIRA.

Today, Iryna Fedorenko is one of the most famous Ukrainian artists. Almost 20 years of creative activity. Only in recent years — about 50 exhibitions in galleries and museums of Ukraine, Europe, USA, China. Her works were exhibited at the London and New York contemporary art auctions, in the Parliament of Ukraine, and are presented in famous collections.

I am probably the artist who has drawn the most portraits of @johnnydepp in the world. I learned to draw faces on the example of Johnny, his emotions are diverse in each new film, a new image — complex facial expressions, interesting characters and at the same time — always the same face and incredible eyes. So, another Johnny

This time — under the impression of the concert

The night before, Iryna posted videos and photos from the concert and commented on her impressions:

The Johnny Depp concert just ended and you know, it’s just incredible! Interesting fact: Johnny became an actor because he always dreamed of being a musician, but at first he did not have enough money for this. Dream and let your dreams come true!

For more than 20 years, Iryna has been developing her own style of emotional portraits, in a special manner she conveys images of real and fictional characters. The main focus in Iryna’s works is the eyes, a special penetrating look, communication with the hero of the picture through a vivid emotion in the portrait — the artist’s calling card.

Iryna says that she learned to draw portraits on the images of Johnny Depp from different films, his characters are always very different from each other in different characters, emotions, corresponding facial expressions, while it is always the same face of one person and Johnny’s magical, deep look. Over the years, Iryna has created dozens of portraits of Johnny in different techniques and formats, many of them have been presented at various exhibitions, admiring both ordinary viewers and professional art experts.

«Johnny is a great actor, one of the best in my opinion. He takes on difficult roles, unusual characters, is able to completely reincarnate, for me, Depp’s participation in the film is a 100% symbol of the quality of the film. Watching him more and differently than other people, I can say that he is an incredibly deep person who has been trying all these years to know himself, he is a person with a big inner world, a person who is looking for a response from those who are able to achieve it depth and understand him not as a celebrity, but as who he is, regardless of status and popularity. A man with a deep eye, in which you can see many emotions at the same time, Johnny is my source of inspiration. I’m glad that he won the trial and justice prevailed. I sincerely wish him to be happy! His glowing eyes during the concert are a symbol of the fact that he can finally do what he loves, because it was his dream to play music and sing at the very beginning, then he did not have enough money for this and he began to earn as an actor. Love him! Surely I will have his new portraits» 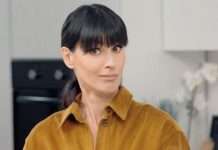 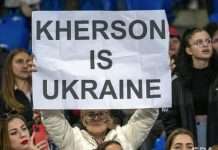 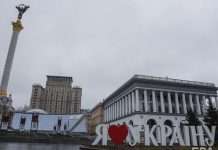